We champion the power of strategic giving to effect real and lasting change.

We are the independent body supporting philanthropy in Ireland. Representing a diverse and engaged membership, we promote best practice, inform government policy, and raise awareness of strategic giving as an effective driver of social change.

Our vibrant community disburses over €200m a year to 2,000+ projects that improve social mobility, care for the vulnerable, inspire the next generation, and so much more.

While our membership is diverse, we share the same mission: to strengthen the social sector by advancing knowledge, practice and understanding of philanthropy.

Ireland is a global leader in philanthropy characterised by philanthropy being a tangible force for good in society.

To strengthen the social sector by advancing knowledge, understanding and practice of philanthropy.

Equity – Ensuring impartiality and fairness, recognising all models of philanthropy.

Collaboration – Pro-actively engaging and partnering for the broader benefit of philanthropy.

With almost 30 years’ experience working in the not-for-profit sector with a range of NGO’s, Éilis is passionate about the role and value of philanthropy in civil society. Prior to joining Philanthropy Ireland, Éilis worked as an Organisational Development Consultant, focusing on strategic planning and project development. In previous roles as and investments has an M.A from the University of Kent and a B. Comm from UCD.

While 90% of people in Ireland give to charity, it is estimated only 12% do so in a planned way.
Philanthropy Ireland aims to change this and to encourage people to give more and give more strategically.

Philanthropy Ireland is dedicated to maintaining the highest standards of good governance. We are committed to ensuring transparencywithin our organisation. We prepare trustee annual report and annual financial statement in compliance with the charities SORP.

Philanthropy Ireland adheres to the Governance Code of the Charity Regulatory Authority.

Policies and Code of Practice

RT @ComFinanceIrl: The small rural village of Sneem, Co Kerry is ahead of the game when it comes to the hot topic of #Remoteworking. M… https://t.co/JHTCacF7eA
9 hours ago 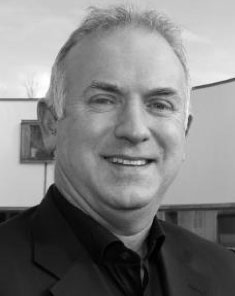 Joined the Board in September 2014

Bernard is a former primary school teacher and is currently director of Galway Education Centre, the Department of Education & Skills funded provider of CPD for teachers. Bernard co founded Africa Code Week, which is the largest digital literacy initiative in Africa, involving 35 countries and over 800,000 young people and teachers in 2017. Bernard is also co founder and a member of the Global Steering Group of Refugee Code Week. In Ireland, Bernard organises the FIRST LEGO League, Junior LEGO League and EA Games Sumo Robotics competitions. He is also co founder of EXCITED the Digital Learning Movement. He has engaged closely with companies such as Medtronic, SAP, EA Games, Accenture, HP, SOS Ventures and Kuka Robotics in creating educationalinitiatives. Bernard is a member of the Science Gallery Education Committee, a Science Gallery Emeritus Leonardo and Ashoka Change Nation – Change Leader. He is also an advisory board member of Changemaker Schools and The Digital Youth Council.

In 2013 he was awarded an Honorary Masters in Science by National University of Ireland, Galway. The citation concluded: “NUI Galway now wishes to formally recognize and honour Bernard Kirk for his outstanding contribution to the education of our young people throughout his career by the award of a Master of Science.” 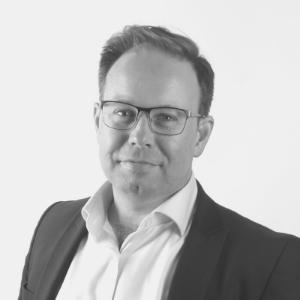 Joined the Board in October 2013

Eoghan previously worked with Declan Ryan (co-founder of Ryanair, Europe’s largest airline) in Ryan’s private investment and philanthropic vehicle, The One Foundation, as Director of Investment Impact. Eoghan began his career as a semiconductor design engineer in a dotcom company in the computer networking industry.

Eoghan has held positions on a number of varied startup business, non-profit and philanthropic related Boards over the years and currently sits on the Boards of Philanthropy Ireland, The One Foundation and the Irish Saudi Arabia Business Council.

Eoghan has a degree in Electrical and Electronic Engineering from University College Cork and a Masters in Management (Innovation in Social Enterprise) from Dublin City University. 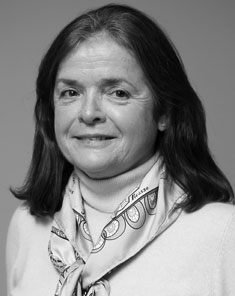 Joined the Board in November 2016

Patricia works as Organisational Development Consultant supporting a wide variety of organisations develop corporate strategies, implement business plans, enhance governance capacity and carry out reviews. Patricia has over 25 years experience of working with local government bodies, local development agencies and not-for-profits. Patricia has served as a director of a number of social enterprises and is currently a director of the Hunt Museums’ Trust. Patricia is a UCD Social Science graduate, a Human Resource Management graduate from TCD and holds a M.Sc. from DCU. 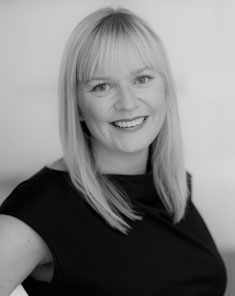 Joined the Board in September 2016

Lorna joined the Board of Philanthropy Ireland in November 2019.

Lorna has worked in PR and public affairs for circa 15 years, working in Government, in house for Ireland’s largest health charity and in agency during that period. Lorna joined Hanover Communications in December 2016 to set up the firm’s office in Ireland, after a number of years working in senior roles in European and domestic consulting firms. Currently on the boards of directors of the Asthma Society of Ireland, Public Relations Consultants Association (Ireland) and Philanthropy Ireland. She began her career working in Leinster House, before moving to the Irish Cancer Society to develop and manage the Society’s public affairs strategy. Current and previous client experience includes PR, public affairs, event management, crisis communications and media training for clients ranging from state bodies to educational institutes, major multinationals and community groups. Lorna has a B.A. and an M.A. from Trinity College Dublin in History and Political Science and holds a masters in Public Affairs and Political Communications from the Dublin Institute of Technology.

Bríd is an Associate Director in Risk Consulting. She commenced her career working in private equity and investment management and has since built over 10 years’ experience in professional services.

Bríd advises clients on matters relating to governance, conduct, regulation and compliance. Previous engagements include working as Authorised Officer for the Central Bank of Ireland on conduct related issues; advising an international insurance group on the authorisation process and also an international banking group on compliance relating to its private banking business. She has significant experience in Individual Accountability, Fitness and Probity having advised both Irish and UK institutions on their obligations in these areas. 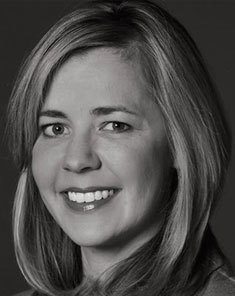 Joined the Board in September 2016

Originally from Washington D.C., Faye is Founder and Board Chair of two collective giving foundations, The Giving Circle of Amsterdam and The Giving Circle of Ireland, whose aim is to inspire a new generation of philanthropists. Faye also consults for social enterprise, non-profit and philanthropy clients in Europe and the U.S. Formerly Executive Director of the Freedom Writers Foundation, she has experience providing strategy, management and fundraising guidance to start-ups and social purpose organizations moving to the next level of impact. She is a member of the Ashoka Support Network in Ireland, European Venture Philanthropy Association and The Ireland Funds Global Leadership Network. She holds a Bachelor’s degree from the University of Washington and an MBA from the UCLA Anderson School of Management. 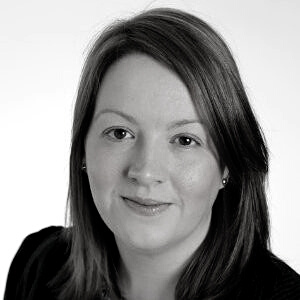 Alma is Corporate Affairs Manager for Ireland with Medtronic. She is responsible for Government Affairs, Communications and Philanthropy for the company in Ireland. She joined Covidien in 2010 following its Irish incorporation and managed outreach with the European Union and governments across the EMEA region. Prior to working with Covidien, Alma was employed by the Irish Government working in a variety of positions in research, communications and campaigns. Alma is from the west of Ireland and has a BA in Law and Politics from NUI Galway and an MA in Public Affairs and Political Communication from DIT.